Avoid the infected at all cost. 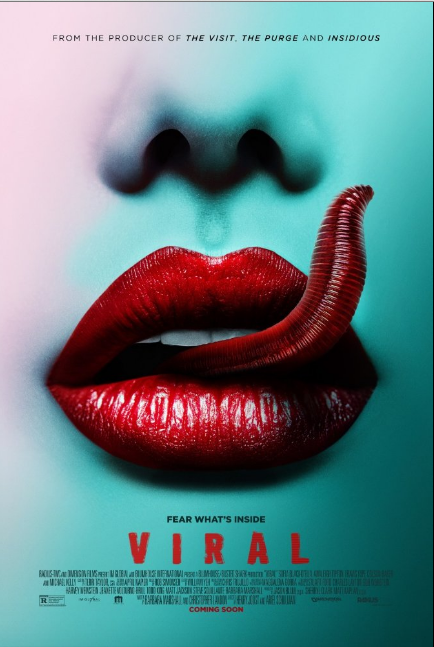 Throughout our recorded history, we’ve dealt with quite a few epidemics and pandemics.  The bubonic plague, smallpox, HIV/AIDS, ebola, and, in 2010 in California, whooping cough (if only there were a vaccine for that…).  We’ve even had a few outbreaks that started with infected animals, namely bird flu, swine flu, and most recently, the Zika virus, which is spread by mosquitos.

An animal-based virus is the premise of the upcoming body horror titled Viral.  Written by Barbara Marshall and Christopher Landon, the film was directed by Henry Joost and Ariel Schulman.

Emma and her sister Stacey are normal teenagers in a small town, when a mysterious infection begins to spread. With the town quarantined, and their parents stuck on the other side of the barrier, the girls have a blast eating junk food and sneaking out to go to parties. But when the disease starts to infect people they know, the girls, together with their neighbor Evan (Emma’s secret crush), barricade themselves into their home. But it may already be too late, as the infection is already in their midst, and Emma will be faced with a choice: protect her sister or survive the virus.

Viral stars Sofia Black-D’Elia, Analeigh Tipton, and Travis Tope.  The trailer has been released, and its looks fantastic: creepy noises, infected people, CDC reports, and widespread panic.  All components of a great horror film.  Viral is brought to us by Blumhouse Productions, and hits theaters July 29th.  Check out the trailer and let us know what you think!