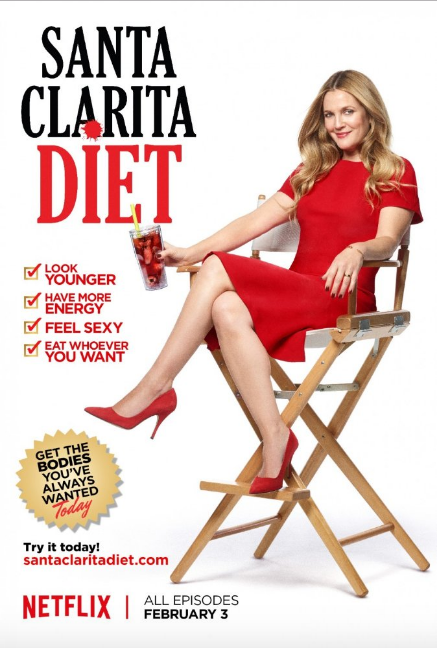 Sheila and Joel, a married couple, are real estate agents in Santa Clarita, California. When Sheila dies, their lives take a dark turn.

The first teaser features Barrymore promoting a new diet that’s been giving her wonderful results.  She feels younger, sexier, and more energetic.  The first half of the teaser is virtually indistinguishable from every other celebrity-endorsed diet ad.  The second half, however, takes a sinister turn:

Santa Clarita Diet was created by Victor Fresco and directed by Ruben Fleischer, Ken Kwapis, and Marc Buckland.  It premieres on Netflix next month, on February 3rd.  I’ll be tuning in.  Will you?