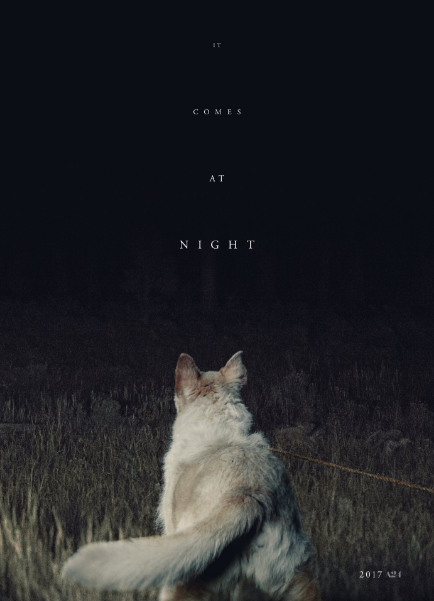 It’s the end of the world as we know it. A widespread outbreak of disease and mayhem has forced a family to take refuge in a house in the woods. They’re armed with gas masks, rudimentary hazmat suits, and a stockpile of firearms. While they keep to a routine and try their best to maintain some semblance of dignity and normality, their only goal is survival. The arrival of another family brings suspicion, tension, and rivalry. It ultimately challenges their humanity.

It Comes At Night is a film that will shake you to your core. Not because of jump scares or excessive gore, but because it is about the lengths people will go to protect themselves and their loved ones. It’s about survival when civilization has collapsed. It forces the viewer to confront the fact that our primordial brutality hasn’t died out; it has just been lying dormant. As one character so aptly puts it, “Do you know what people are capable of when they’re desperate?”

The cast is nothing short of excellent. The actors give an intensely emotional performance and makes audience root for their survival rather than their demise– a rarity in this genre. The film is supported by the cinematography of Drew Daniels, which feels both intimate and voyeuristic.

It Comes at Night is now playing in theaters, and has a runtime of 91 minutes. Check out the trailer below!